Bitcoin Cash’s (BCH) uptrend has been stuck below $560 resistance since July 31. Bulls have retested the upper resistance three times but have been rejected.


On August 2, buyers retested overhead resistance, and the altcoin was pushed back as it fell to a low of $524. Today, buyers are pushing the altcoin to the $560 resistance level in order to overcome it.


Here is how the price has performed over the past week. On the upside, BCH has declined and consolidated below the $560 resistance. Traders believe that consolidation below a resistance level increases the chances of a breakout. A breakout above the $560 resistance will catapult BCH above $610. Subsequent bullish momentum will extend the uptrend to $730. Conversely, BCH/USD will continue its sideways movement below the overriding resistance if BCH breaks away from it. 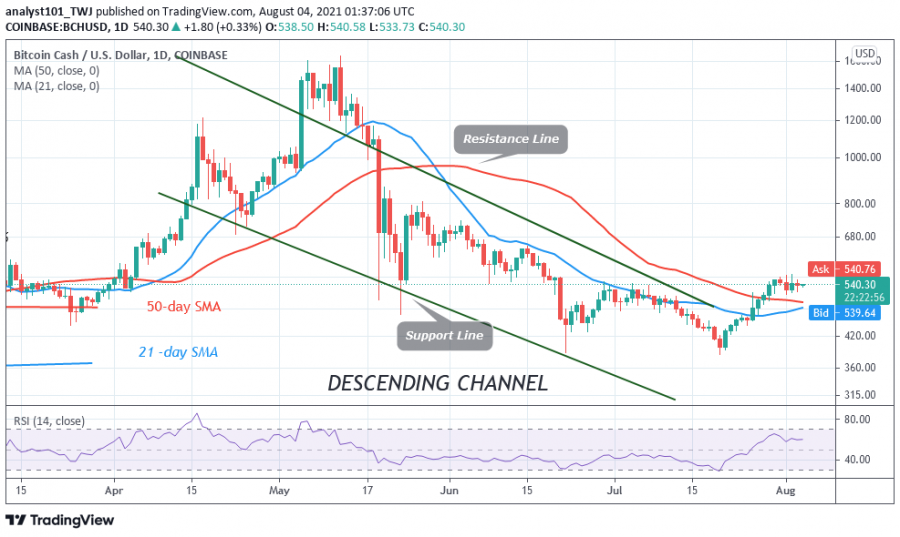 
What is the next move for Bitcoin Cash?


Bitcoin Cash is currently in a sideways trend below the $560 overhead resistance. Meanwhile, on July 27 uptrend, a retraced candlestick body tested the 78.6% Fibonacci retracement level. The retracement suggests that BCH will rise, but will reverse at the level of 1,272 Fibonacci extension or the level of $552.78. The price action shows that BCH retested the 1.272 Fibonacci extension level, but is facing rejection at the $560 resistance level. 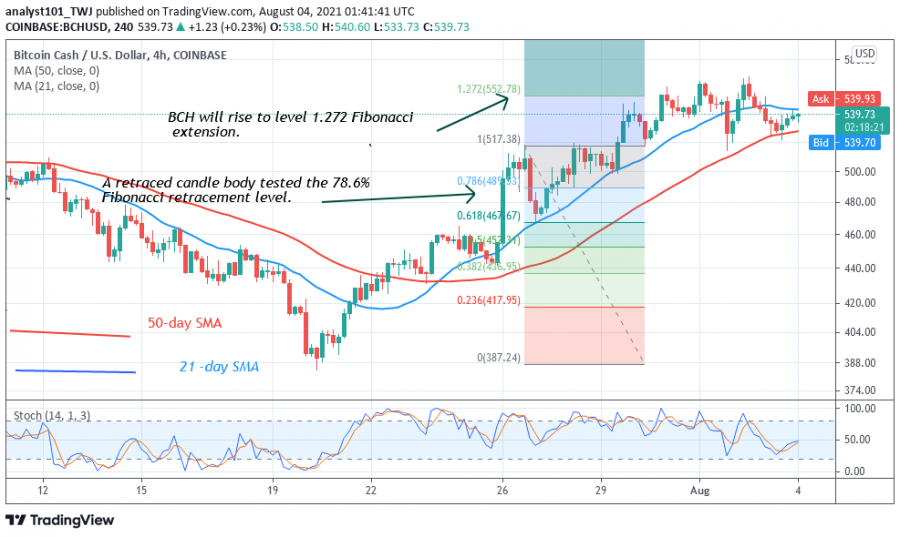 Disclaimer. This analysis and forecast are the personal opinions of the author and are a recommendation to buy or sell cryptocurrency and should not be viewed as an endorsement by Coin Idol. Readers should do their own research before investing funds.